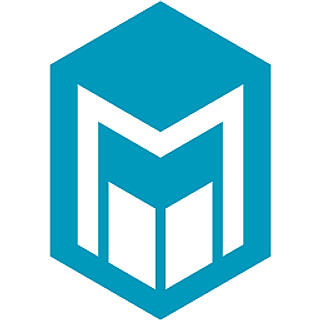 Amid growing concerns surrounding Coronavirus, countless events and conferences are being postponed or cancelled worldwide. While we here at MXTreality are taking the concerns seriously and heeding the advisory updates from our local municipalities we also aren't in panic mode. We're doing what we can to stay healthy, and continuing business as usual growing our operations. All said, we admire steps being taken to offer solutions to any problem, especially when those solution
56 views0 comments

CES 2020: Panasonic shows off the Self Driving Wheelchair of the Future

MXTreality is at CES 2020 this week in Las Vegas! We’ve been checking out all the coolest immersive tech on the horizon related to VR and AR such as the well known Varjo VR headset and an impressive AR headset built by a company called Huanyi Times that has a significant field of view. We’ve also been on the lookout for tech that is built for accessibility integration due to our work with increasing mobility and accessibility for people that can benefit from mobility accessib
34 views0 comments
Sean Walsh

We dive into the world of Augmented Reality through the lens of Free Guy trailer, starring Ryan Reynolds
297 views0 comments
Sean Walsh 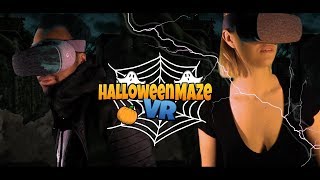 Two years ago we were very excited to put our first game up on the App Store. MazeWalk VR was something we had so much fun making, and have been ecstatic to see people enjoying it since then. As one of the first results on The App Store for VR searches, now rated by 500 users, and having been downloaded over 2 Million Times, suffice it to say, we consider it a marked success. Now, with 500 mostly highly positive ratings, we were left asking ourselves "What do we do for an enc
28 views0 comments

Virtual Reality is coming to an Airport near you; and while you may see some of it in plain site...you also may not even know some of it's there. Indeed, you may soon have the option of killing time during your layover killing zombies in a virtual undead apocalypse. In the past, airports seem to have been very selective of what types of entertainment they explore. Whereas Noah Vanderhoff, founder of Noah’s arcade in Wayne’s World received his inspiration for starting his own
15 views0 comments
MXTreality

Today we are super excited to start a partnership with Bend Labs gloves to develop solutions for our clients that include the ability to feel objects with your hands and fingers. There is no doubt that VR is growing and is here to stay. The supporting tech is taking us on a virtual path that is bringing us ever closer to full immersion, yet to get there we need to use all of our senses. "To be fully immersed, you need sight, you need sound, you need touch." Shawn Reese, CEO
50 views0 comments
MXTreality

If you liked our last battleship and guns, then we're pleased to say that we've improved it even further... take a look at the beautiful Battleship Iowa which served in every conflict including and since WorldWar II up to and including the first Gulf War in 1991. Please note that this is still a work in progress, yet we welcome your thoughts. PS Full flight simulator coming soon! #oculus #wip #virtualreality #mxtreality #vr #history
28 views0 comments
MXTreality

Water, Water, Every VR where!

We've built several games that involve water in VR and we've come to the conclusion that it's hard, really hard, to get it looking right - mainly because water is just so graphically intensive. However, we think our latest solution comes close to nailing it - it's still a work in progress, yet take a look and tell us what you think. #vr #oculus #vive #virtualreality #wip
17 views0 comments
bottom of page